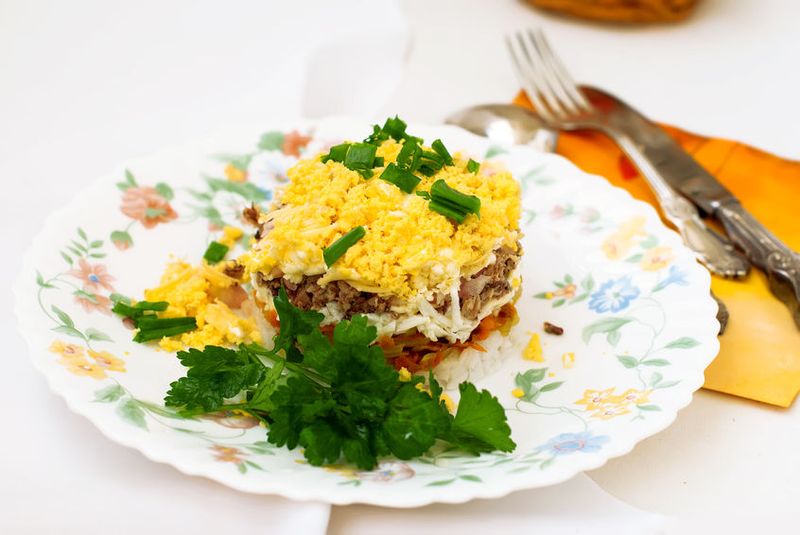 What is a 'Mimosa'?
-Daniel

In the culinary world, 'mimosa' can mean one of three things:

The difference between a deviled egg and an egg mimosas in the second definition is that deviled foods are, by definition, made with cayenne, hot sauce, hot mustard or some other ingredient that will give it a bit of burn.  Egg mimosas are not necessarily hot, and may contain other ingredients such as finely chopped ham.

To make the mimosa garnish, my favorite method is to simply press the egg yolks through a garlic press, either directly onto the food being garnished or into a dish to be used later.  Once pressed, however, the mimosa compresses very easily and therefore must be gently spooned onto food.